My experience with CGM, by Gareth Collins

Over the years I have had a few chances to have a single sensor for CGM just so that I could fine tune my pump settings. Each time, it has given me valuable insight and the ability for change but as they were just a trial then, there was no real focus on what benefit it could bring if it was there permanently.

I have a full years supply of CGM sensors and I plan to get the most out of them. Now I am 3 weeks in and have had a sensor in every day over that period. In the beginning it was very similar to the trial ones where I didn’t see the benefit. However once I truly realised that it was here and here to stay, I opened my mind to what it could do.  Having the ability to confirm my body feelings is the first advantage to knowing your own body. I have been able to show myself that the rapid rise or fall of the BSL would give me different feelings than when it just rises or drops slowly. 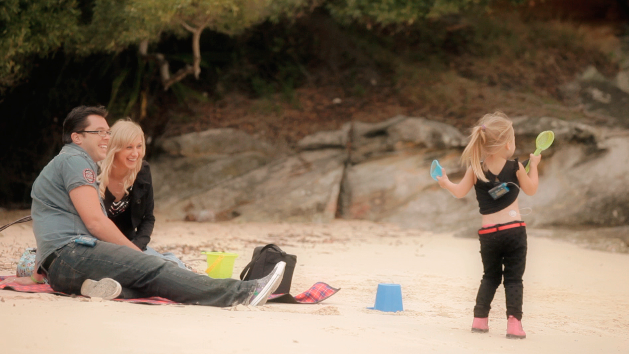 Being able to look down at my pump and see a single or double arrow is the confirmation that I need to pay attention to what is going on. Have I eaten something and my insulin-to-carb ratios need tweaking? Have I just done exercise and may need a temporary basal rate? Am I under pressure and stress, or is it just that my basal rate is off? All things that I can think about proactively with the sensor on, whereas before there would be a reactive element. The chance to watch the slow rises and falls helps to manage good ranges.

I can have little tweaks of insulin to ensure I can cut off the rise or I can have some small carbs to cut off a hypo. This equates to peace of mind for me and my family. Please don't get me wrong I do not spend my day sitting there watching my pump now. I sort of wish sometimes that I wasn't so busy and I could, but for me life always comes first. Having said that, the alarm feature has helped me a number of times. I was in a meeting just the other day concentrating on forecasts and business news of the day. When in this mode I tend to turn off from my Insulin Dependant Diabetes so I can concentrate fully.

I was feeling fine but all of a sudden I heard an alarm coming from my waist band and as I looked down it was an alarm telling me that my BSL had reached 2.3. Knowing that this had happened I was quickly able to excuse myself and test my blood. It wasn't quite as low as 2.3 but it was down to the low 3s and I needed to rectify it. I quickly had some glucose and was on my way moments later.

Without the alarm I would have been in the dark until I finished my meeting and took stock of what was going on. In the worst case scenario it could have dropped further and gone into a full blown hypo and I just don't want that at work ever. Ok, having another item stuck to you does take a little bit of getting used to but what I can tell you is that the transmitter is a hell of a lot smaller and lighter than they used to be.

Finding spots around the abdominal area, after 8 years of pumping does sometimes have its limits but I still have plenty of room. Sometimes when the pump site needs to change to the opposite side to where the transmitter is can be slightly annoying but thank god for the longer tube lines so that I am able to still wear the pump close to the sensor. Sometimes if you don't, the connection becomes weakened.

Not that it is a real big problem because even if the sensor loses connection, there is memory to hold up to 30 minutes of data that it will download upon reconnection. As with the pump and anything else in life, there are pros and cons.

The chance to watch the slow rises and falls helps to manage good ranges.

When starting the pump, the large con for many is having something connected to them 24/7. It's daunting and in some cases a reason not to choose pump therapy. However for me, just like the pump, the pros outweigh the cons ten fold. The control, stability and awareness that the CGM brings add an extra element to the battle that Insulin Dependant Diabetes can be. It allows you a sense of strength through knowledge and to get that in real time is great.

Now onto the difficult subject – the cost. To me this is still a luxury item. Once this 12 months is up, I don’t think it will be in my financial means to continue. For something that ultimately keeps Insulin Dependant Diabetes out of the hospital system it is something that should have some recognition of benefit from our governments or health insurance providers.

This is only the start because in the coming weeks I plan to put my three-year-old daughter's sensor on and give you my feelings and thoughts on how it helps me to manage her and her levels. But at the minute, I am letting her see it on me for a few weeks so that when I try to put it on her it just seems normal.

If there is any such thing in this Insulin Dependant Diabetes life.